Connections in the Earth System

Students demonstrate their knowledge of connections between natural systems and the built environment in which they live.

Students will learn that:

Ask the students to think about how the natural environment can be impacted by human systems and the built environment, and vice versa. Have pairs, small groups, or individual students study the connection between one randomly chosen yellow card (representing the built environment) and one randomly chosen green card (representing the natural environment). Have students share their research with the class using one of a handful of presentation platforms (video, music, PowerPoint presentation, artwork...). Ask students to site their research sources.

One extra blank sheet with yellow and green cards is provided for adding new terms as desired.

Finally, ask students to reflect on science in their own lives in their science journals. How does science enhance or negatively impact their daily experiences? How might they help to bring about change and take positive actions to improve negative conditions for one's self or others? 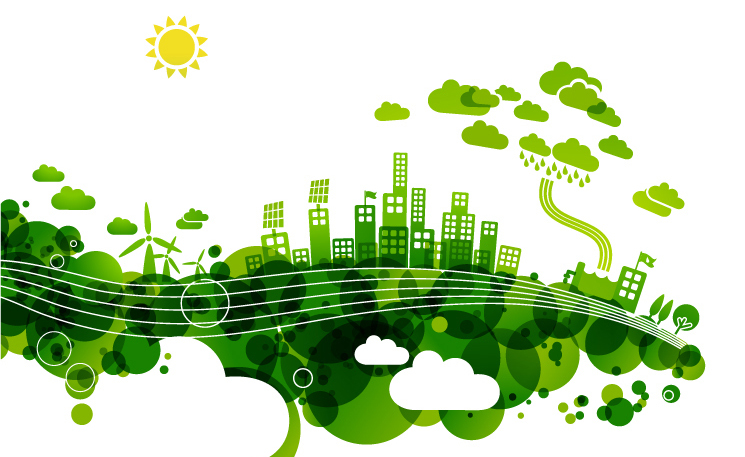 If you have more than 32 students, have students "share and pair" cards or use a card in the deck more than once.

Other topics that can be researched on the connection between science and society include, but are not limited to, the following: