Students understand how data and geospatial technology can be used to understand where tornadoes form and how they are classified. 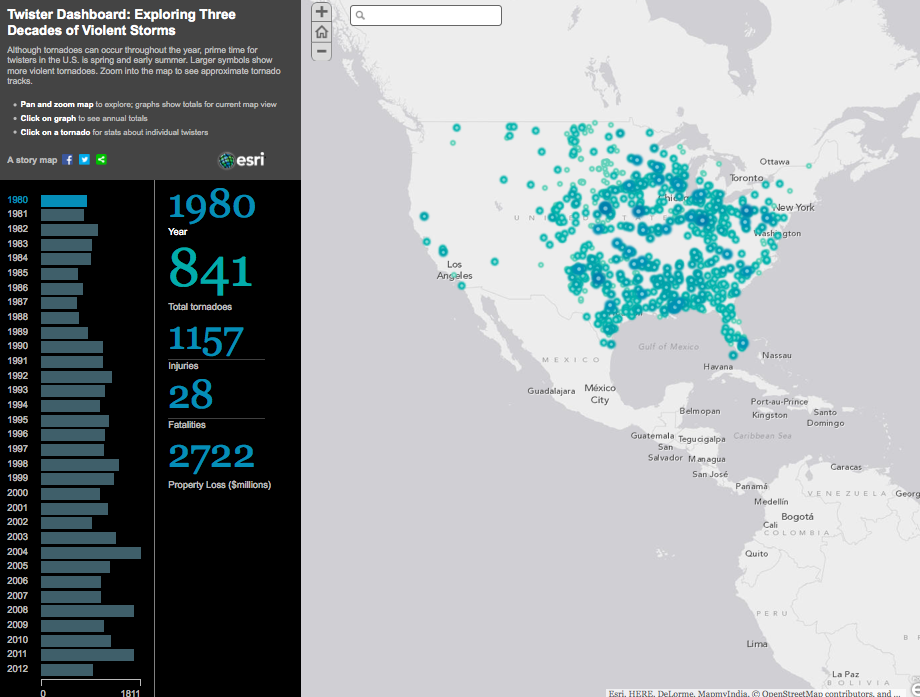 Tornadoes, also called twisters, are columns of air rotating dangerously fast. The air is in motion because of the difference in pressure between the center of a tornado (very low pressure) and the outer edge of the tornado (high pressure). Some tornadoes are narrow, only 250 feet (75 meters) across where they touch the ground. Other, massive tornadoes can be up to two miles across. Often a tornado will touch the ground for only a few minutes and travel less than a mile. But some tornadoes touchdown for much longer, plowing through several towns, neighborhoods, or farms.

In general, tornadoes fall into three types: weak tornadoes, strong tornadoes, and violent tornadoes based on the tornado size, how long it lasts, and how much damage it causes.

Tornadoes can occur anywhere in the world. About 75% of the world’s tornadoes form in the United States - most in an area of the central United States called Tornado Alley.

Ask students to come up with three assessment questions for their classmates based on the interactive story map. You can either gather all of the questions and chose some for a written assessment, or have the students create a game for participation from the entire class.

The Story Map was created by Esri. Activity developed by Kristin Wegner for the UCAR Center for Science Education.