The Little Ice Age (AD 1350–1850) was a period of particularly harsh climatic conditions around the Northern Hemisphere. A combination of decreased solar activity and numerous large volcanic eruptions cooled the Earth. Cooling caused glaciers to advance and stunted tree growth. Livestock died, harvests failed, and humans suffered from the increased frequency of famine and disease. The Little Ice Age illustrates changes to climate that occur when the Sun is less active and the cooling of Earth is exacerbated by volcanic eruptions. Many other examples of climate change due to natural forces exist, including the Year Without a Summer (1816), which followed the 1815 eruption of Mount Tambora in Indonesia.

Solar and Volcanic Influences on Climate 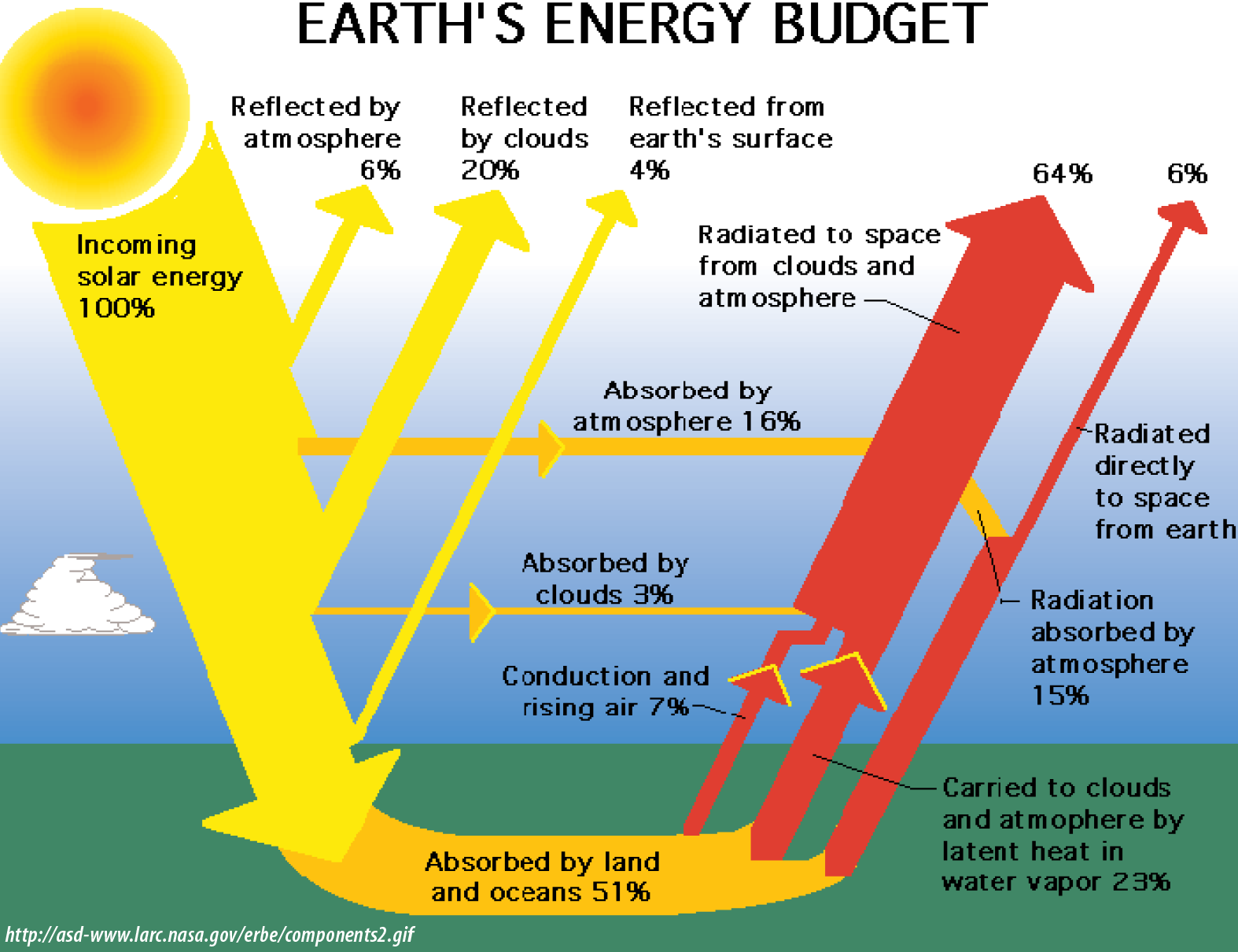 Variations in the amount of solar radiation due to variations in the number of sunspots, affect this balance. Volcanic eruptions produce clouds of dust, ash, and other tiny particles that encourage clouds to form, blocking incoming solar radiation and causing cooling. The combined effects of the solar cycle and volcanic eruptions naturally force changes in the climate. The Little Ice Age occurred at a time when the Sun's activity was at a minimum and volcanoes were very active. No sunspots were seen from 1645 to 1715, and volcanoes in South America and East Asia produced massive eruptions from 1600 through 1700.

The energy output of the Sun, once thought to be constant, varies on an 11-year cycle in response to changes in the solar magnetic fields. Sunspots, areas of high magnetic activity, appear in greater or lesser numbers as the solar magnetic fields change. Cooler than their surroundings, sunspots occur along with heat producing events called faculae and flares. As a result, periods of intense sunspot activity correspond with increased energy from the Sun and warmer periods on Earth. Earth cools when sunspot activity decreases. 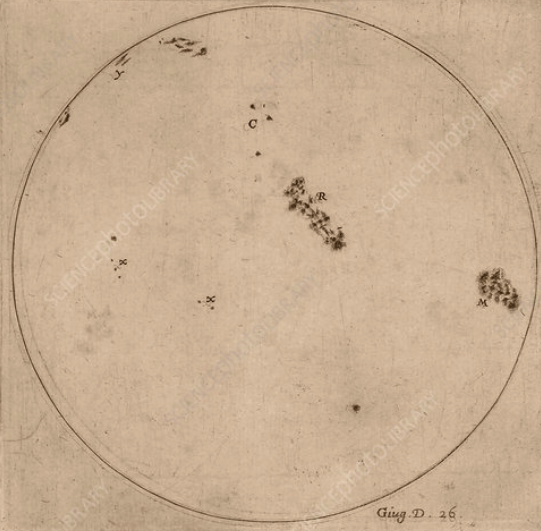 The astronomer Galileo Galilee observed and recorded sunspots in the early 1600s with the aid of one of the first telescopes. Since then, astronomers have kept a near-complete record of sunspot activity. These records show that the numbers of sunspots increase and decrease approximately every 11 years.

In 1890, astronomer E.W. Maunder reviewed centuries of sunspot data and identified a period (1645–1715) during which few or no sunspots formed. The period, known as the Maunder Minimum, coincided with years of hardship and harsh winter conditions in Europe. Scientists have used other methods to look for increases and decreases in solar activity, including examining the concentration of beryllium-10, an isotope produced in abundance when the magnetic activity of the Sun decreases.

Albedo describes the ability of a surface to reflect light. Albedo is measured on a scale from zero to one, where zero represents no reflectivity and one represents 100% reflectivity. On average, Earth reflects 31% of the energy it receives from the Sun. However, the Earth’s surface does not reflect energy uniformly. Clouds, ice, and snow reflect up to 90% of the light from the Sun, whereas oceans reflect only about 10%. The eruption of Mount Pinatubo in June of 1991 forced approximately 25 tons of material into the atmosphere, increasing the atmospheric sulfuric acid content by 100 times. Following the Pinatubo eruption, Earth cooled by 0.5 degrees Celsius.

Looking for Patterns in Data

The British began the study of climate in the mid-1800s in an effort to predict the monsoon season and plan ocean travel to colonies in the Far East. One scientist, Charles Meldrum, found that monsoons increased as the number of sunspots increased. This study drew attention to the relationship between Earth’s climate and the Sun. Scientists reasoned that the Sun’s energy drove the climate and weather patterns on Earth, especially seasonal storms such as monsoons. A flurry of research activity produced numerous studies that related solar activity to observed phenomena on Earth, including wine production, rainfall, insect population, and more. Discrepancies in the research data pointed out that the 11-year solar cycle explained only some of the changes in climate. Sometimes, when the activity of the Sun increased, the climate did not warm as predicted. At other times, cooling was extreme. Scientists began to look for other contributing factors to the Sun/climate change relationship. In 1960, Hubert Lamb proposed that volcanic activity accounted for the randomness of some climate data. Since then, studies have shown that volcanic activity cools the climate and exacerbates cooling or inhibits warming trends associated with the 11-year solar cycle.

Nature responds to short- and long-term cycles of climate change. Trees react to both punctuated volcanic events and long-term solar activity, which causes variations in the growing season. Other natural processes are influenced by changes in the climate as well. For example, the bloom date for a flowering plant such as the cherry tree varies annually with weather and over many years in response to climate change.

This activity is included in the CLEAN Climate and Energy Resource Collection, peer-reviewed collection of activities, curricula, videos, and other tools for teaching.

This activity, from the Climate Discovery Teacher's Guide, was updated in 2021 by Melissa Rummel of the UCAR Center for Science Education.