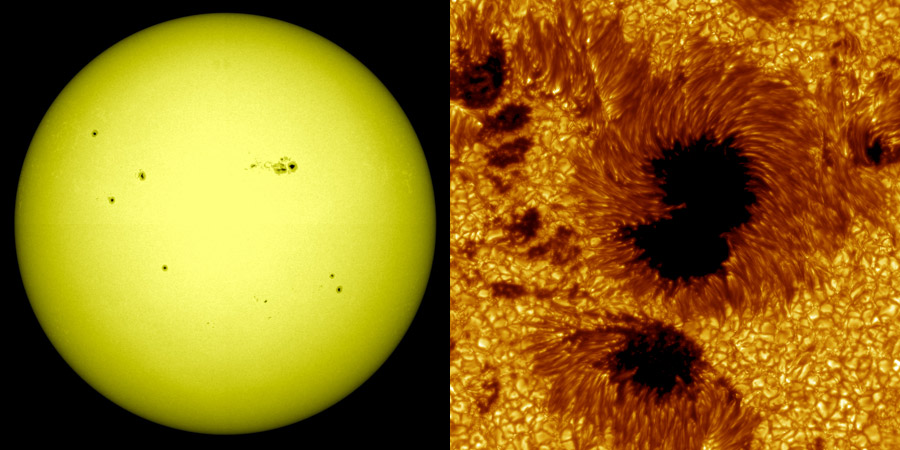 Two views of sunspots on the 'surface' of the Sun. The image on the left shows several sunspots on the full disk of the Sun as viewed by NASA's Solar Dynamics Observatory (SDO) spacecraft on November 9, 2011. The image on the right is a closeup view of a sunspot group as seen through a ground-based solar telescope operated by the Royal Swedish Academy of Sciences in the Canary Islands. The closeup image was captured on July 15, 2002.