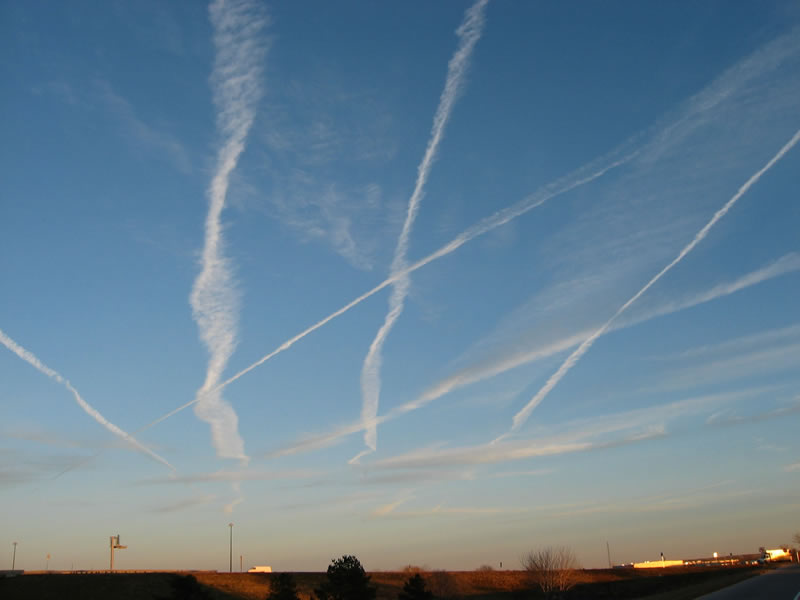 The white streaks you see coming off high-flying jet airplanes are called contrails, which is short for condensation trail. Contrails are clouds that form when water vapor condenses and freezes around small particles (aerosols) in aircraft exhaust. The water vapor comes from the air around the plane and the exhaust of the aircraft. These contrails can become human-made cirrus clouds. Contrails last longer when there is a greater amount of water in the air; when all of the water in the clouds evaporates the contrail disappears. There are three types of contrails: short-lived, persistent non-spreading, and persistent spreading.