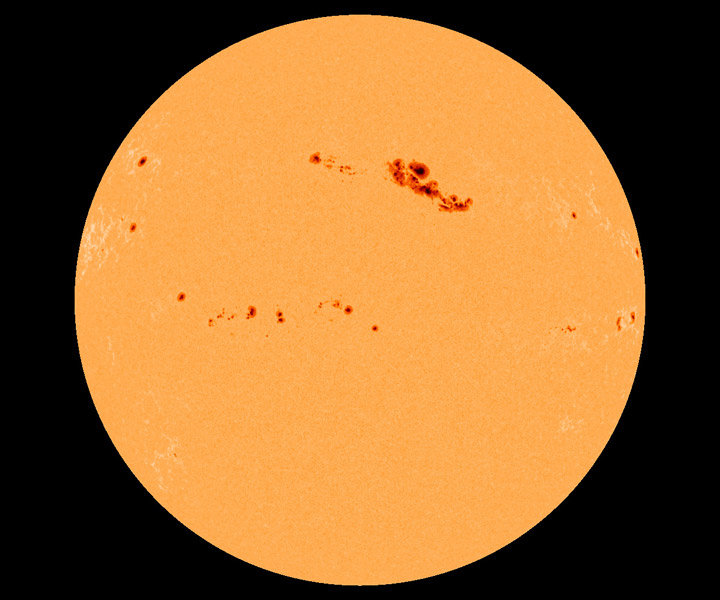 This view of the Sun was captured on March 29, 2001 near the peak of the sunspot cycle at a time called "solar max". The image was produced by NASA's SOHO (Solar and Heliospheric Observatory) satellite. The light in this image is from the red part of the solar spectrum at a wavelength of 676.8 nanometers (6,768 angstroms).