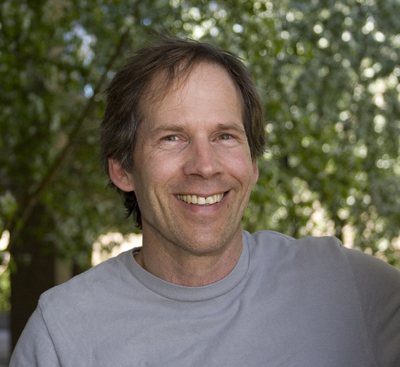 As a graduate student, Doug Nychka was fascinated by splines, a concept rooted in shipbuilding.

Before the age of computers, draftsmen and women used these thin, long, flexible pieces of wood or metal to help them draw curves. By attaching lead weights to a spline at fixed points, draftsmen caused the wood or metal to bend in such a way as to minimize strain and adopt the smoothest possible shape. They would then place a sheet of graph paper behind the spline to plot its outline and fixed points. The design could be replicated later in full size for the hull of a ship.

Over the years, splines have aided the design of violins, pianos, and other instruments. The Wright brothers used a spline to shape the wings of their airplane. Mathematicians began to study splines in the 1940s, and by the 1970s they had generalized the idea to describe a smooth surface that passes through fixed points. Today, computer programs based on mathematical algorithms can replicate the shapes of physical splines.

Doug's fascination with splines early in his career launched him on a path that, like the object of his studies, did not take a straight line. His progression from teaching courses on probability theory at a university to applying mathematics to the geosciences at NCAR illustrates the versatility of math skills and their relevance to an array of research fields.

Doug has been director of NCAR's Institute for Mathematics Applied to the Geosciences (IMAGe) since 2004. A statistician by training, he leads IMAGe in its mission to bring mathematical models and tools to bear on fundamental problems in the geosciences. The institute fosters collaborations among researchers at NCAR and across the greater geosciences community.

"IMAGe acknowledges a place for mathematics and statistics to cut across the whole institution," Doug says. "Rather than look at a particular area of science, such as weather or climate, we focus more on using math to solve many different problems at NCAR."

An example is turbulence, the complex behavior of fluid flow in the atmosphere and other physical systems. A team of researchers in IMAGe creates turbulence simulations that can be applied to this phenomenon wherever it occurs, rather than restricting their study to, for instance, the air flow over a particular surface.

IMAGe researchers also tackle problems involving data. They might design software that assimilates data into numerical computer models, such as those used for weather forecasting. Or they might help fill in holes in data sets. For example, scientists often work with data sets that resemble the spline problem , where the goal is to connect some fixed points with a smooth curve or surface. The points could be precipitation measurements at different elevations, or the climate at a network of weather stations. IMAGe researchers apply mathematical theory to fill in or estimate what occurs in between the observation points.

"We get to dabble in everything," Doug says.

The breadth of research questions presented to IMAGe is his favorite part of his job. "It’s like a big banquet of problems, because we collaborate with all kinds of scientists at NCAR who all have problems that involve math, statistics, or modeling."

The most challenging aspect of the job is making sure that IMAGe's research stays applicable to the geosciences. "We're all specialists in applied math or mathematical physics, and our research comes about by developing new math methods, but to be at NCAR we have to have an impact on the science," he says. "There's a tradeoff between being creative and also getting to the bottom line."

As a child, Doug always liked math. So much, in fact, that as a teenager he taught himself from his father's college textbooks, working his way through calculus. "My parents felt strange about this and didn't quite know what to do " he recalls.

Despite his love of the subject, he wasn't a perfectionist. "I was always an A-minus student," he says. "But as I went along I kept taking harder and harder courses, still getting A-minuses, and that turned out to be good enough."

In college at Duke University, Doug majored in math and physics but found himself drawn to statistics. "I realized that getting a job in pure math was a hard road, and what I really liked was the application of it, so statistics seemed like a good compromise," he says.

His next step was to earn a Ph.D. in statistics at the University of Wisconsin–Madison, where he completed a thesis on splines. He spent the next 14 years as a faculty member at North Carolina State University, doing research and teaching probability and statistics courses.

"I didn't realize that I would someday apply my research to the geosciences," he says.

This changed in 1994, when Doug found himself working on a grant from the Environmental Protection Agency that required him to estimate ozone emissions between monitoring stations. "It turned out that I could easily translate all the statistics related to splines into geostatistics," he says. "What got me hooked is that we worked with the EPA's numerical pollution models, and I thought that was really interesting."

Doug came to NCAR in 1997 as a visitor for two years to explore his budding interest in geostatistics and modeling. He liked it so much he never left. "The job at NCAR was so interesting because it was different from being in a large statistics department where everyone was a statistician. Instead, I was bouncing around between people studying the Sun and the ocean, building instruments, and more."

As director of IMAGe, Doug is heavily invested in mentoring younger scientists, including those who come to NCAR as postdoctoral researchers. "The part I like best is that over time, as they become experts in their areas, there's a certain point when they realize they know way more about something than I do—although I realize this much sooner than they do," he says.

He's noticed over the years that mathematics is evolving from a more solitary pursuit into a discipline that requires team effort.

"The idea of the lone mathematician or statistician solving problems is becoming outdated, since all those problems have been solved. You need a team to tackle the next set of problems, which are harder and more complex." Communication skills are crucial, he adds, because these teams bring together scientists and mathematicians from different backgrounds.

Doug recommends that aspiring mathematicians be tenacious and keep their eyes on the big picture, and that they don't become discouraged by less than perfect grades. He likens learning math to learning to play a musical instrument by starting with scales and classical pieces. "When you're first learning, it's really hard to see how it's actually used and how much fun it can be, but imagine someone who then starts playing in a jazz combo, improvising and interacting with other musicians," he says. "If you can hang on and get the basic science down, there's this really nice place you can be once you have the skills."