Creating a Twister in a Jar

Students consider weather conditions before, during, and after a tornado and build a model of a vortex to visualize what is happening when a tornado occurs.This lesson is best placed in the learning sequence after students have a good understanding of thunderstorm formation.

*If doing this activity with an entire class, prepare enough materials so that there is one Twister in a Jar per group of 2-3 students.

Explore: Before, During, and After a Tornado 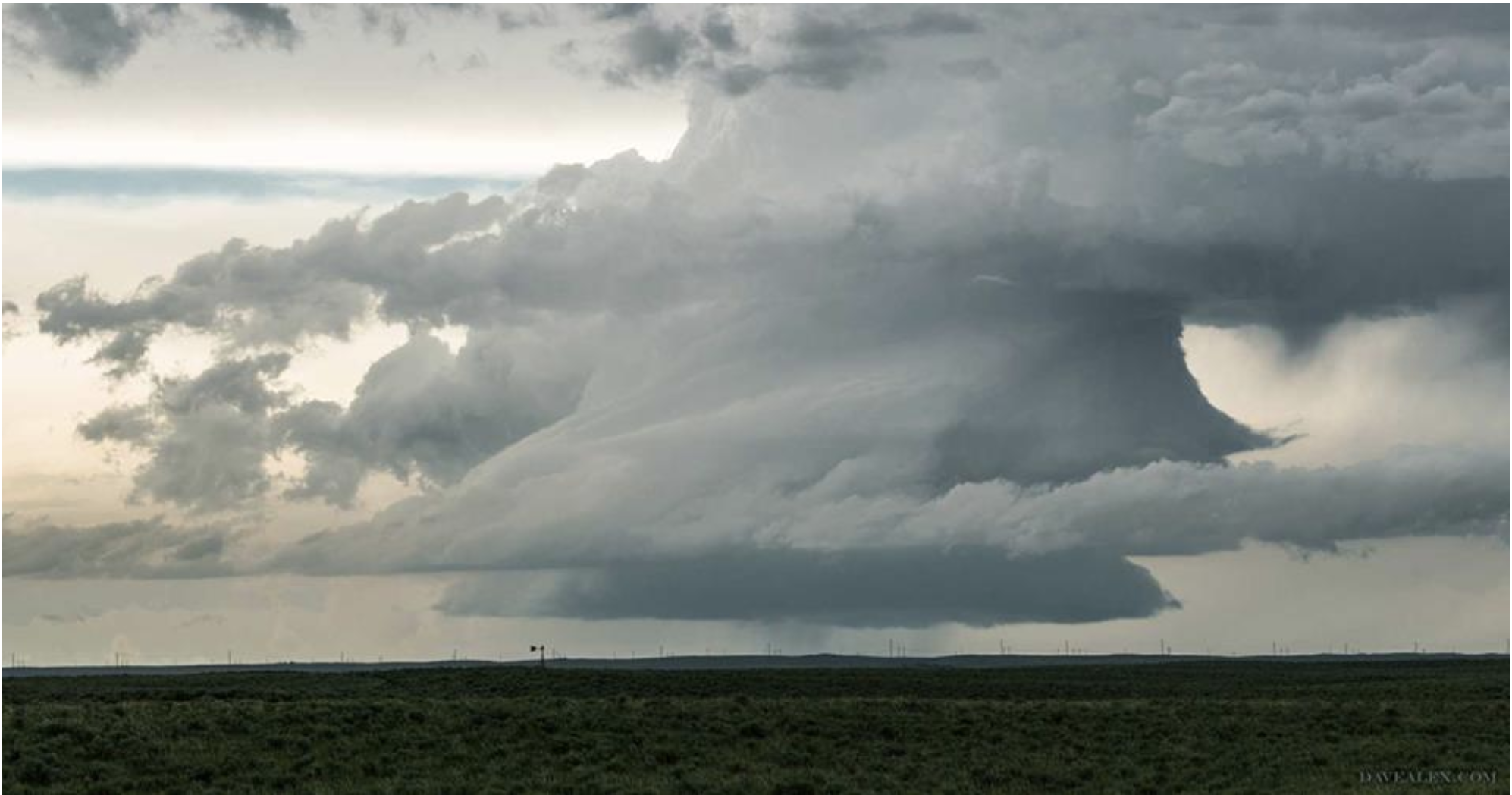 Before: Supercell formation, Keenesburg, CO, June 19, 2018. A supercell is a thunderstorm characterized by the presence of a mesocyclone: a deep, persistently rotating updraft.
Credit: Dave Alex 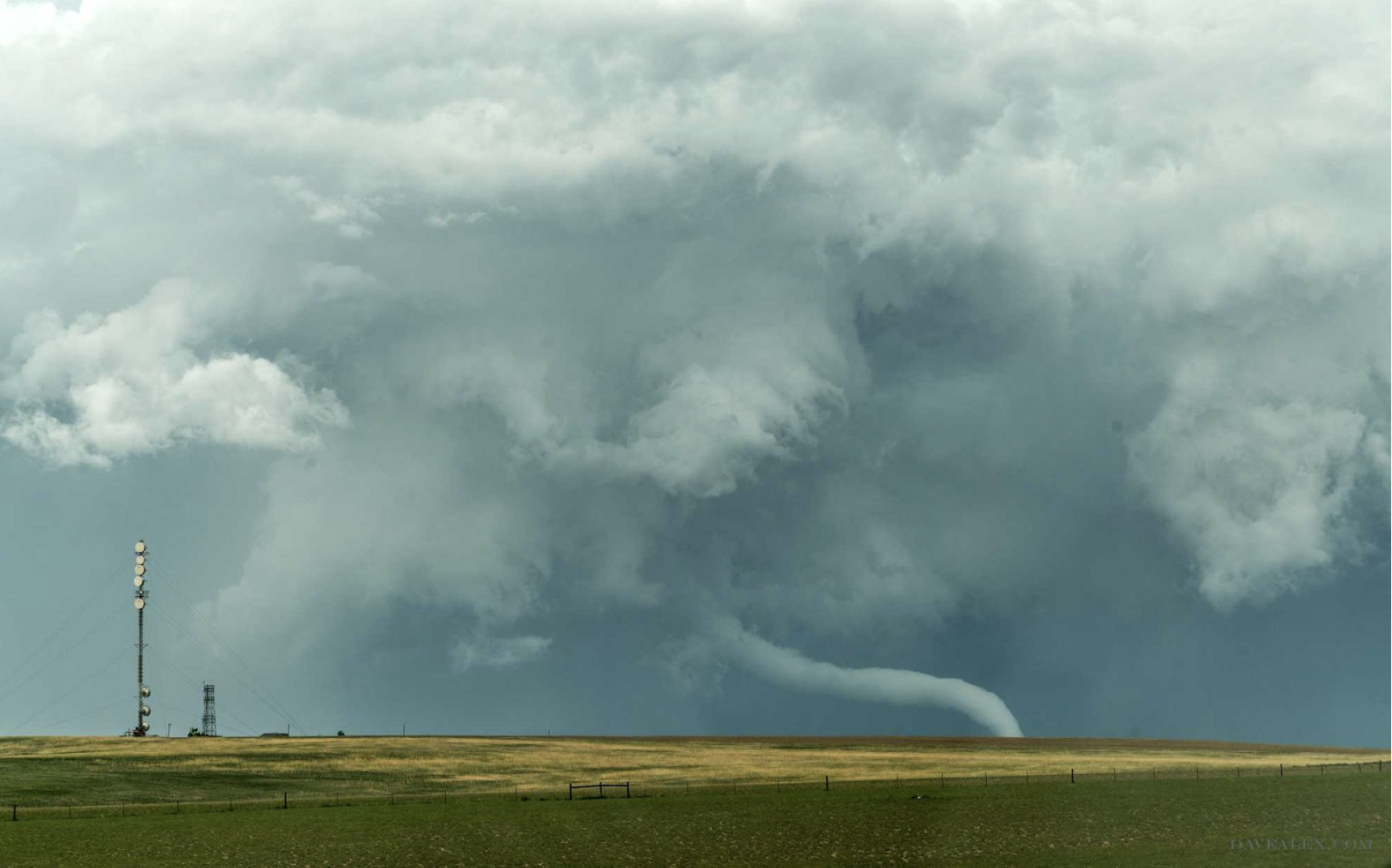 During: Tornado/funnel cloud, Keenesburg, CO, June 19, 2018. A funnel cloud is a funnel-shaped cloud of condensed water droplets, associated with a rotating column of wind and extending from the base of a cloud but not reaching the ground or a water surface. If a funnel cloud touches the ground it becomes a tornado.
Credit: Dave Alex 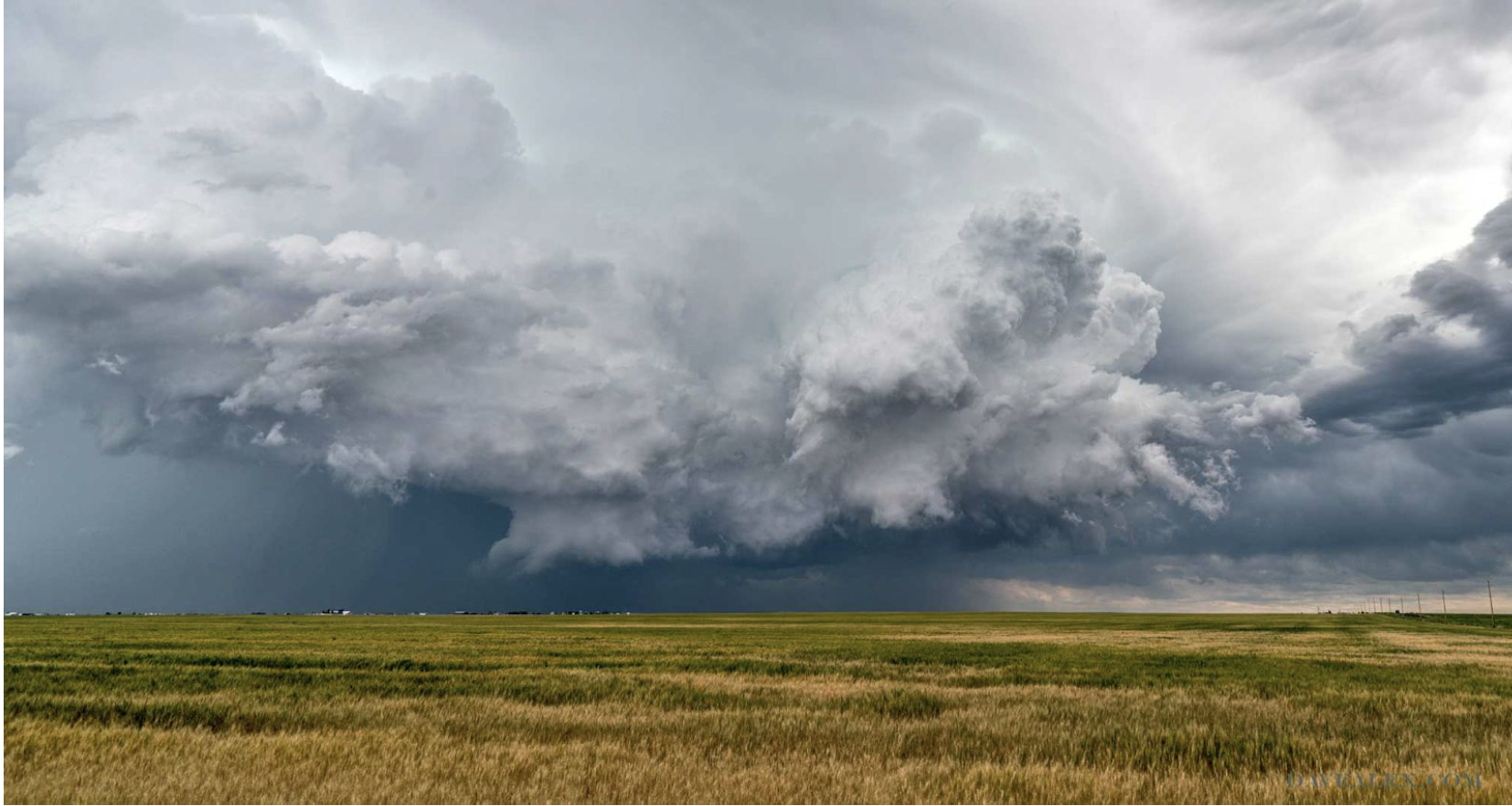 After: Break up of the supercell, Keenesburg, CO, June 19, 2018. The tornado is over and energy from the storm disperses.
Credit: Dave Alex

Explore: Make a Twister in a Jar

Explain: What can we learn from our model?

*Note: students should observe the glitter moving up and that their twister is larger at the top and narrower at the bottom.

Have students revise and turn in their models of the Twister in a Jar, adding in 1. How they could make their models more like an actual tornado and 2. Relating their models to what they learned from the Control a Tornado simulator.

What is happening in the Twister in a Jar activity?

As you twist the jar, the water inside that is up against the glass is pulled along due to friction against the glass walls. The fluid toward the center of the jar takes longer to get moving, but eventually, all the fluid is spinning as you rotate the jar. When you stop rotating the jar, the fluid inside keeps spinning. A mini twister can be seen for just a few seconds when the outer fluid slows down and the inner fluid continues to spin rapidly.

How do tornadoes form?

Tornadoes are associated with large (supercell) thunderstorms. As part of the storm, warm and humid air rises. As it rises, it can start to rotate. How the column of air begins to rotate is not completely understood by scientists, but one way the rotation appears to happen is when winds at different altitudes blow at two different speeds. For example, a wind at 1000 feet above the surface might blow at 5mph and wind at 5000 feet might blow at 25 mph. Winds moving in different speeds and directions at different altitudes cause the rising air to start spinning.

If the rotating column of air gets caught in an updraft (air flowing upward), the updraft tightens the spin and the rotation speeds up (much like a skater spins faster when arms are pulled close to the body). A funnel cloud is created.

The rain and hail in the thunderstorm cause the funnel to touch down creating a tornado.

How does a thunderstorm form?

The action of warm air rising and cold air sinking (convection) plays a key role in the formation of severe thunderstorms. If the warm surface air is forced to rise, it will continue to rise, because it is less dense than the surrounding air. This is called an updraft.

What is a supercell thunderstorm?

This activity has been adapted from Web Weather for Kids by Melissa Rummel at the UCAR Center for Science Education.