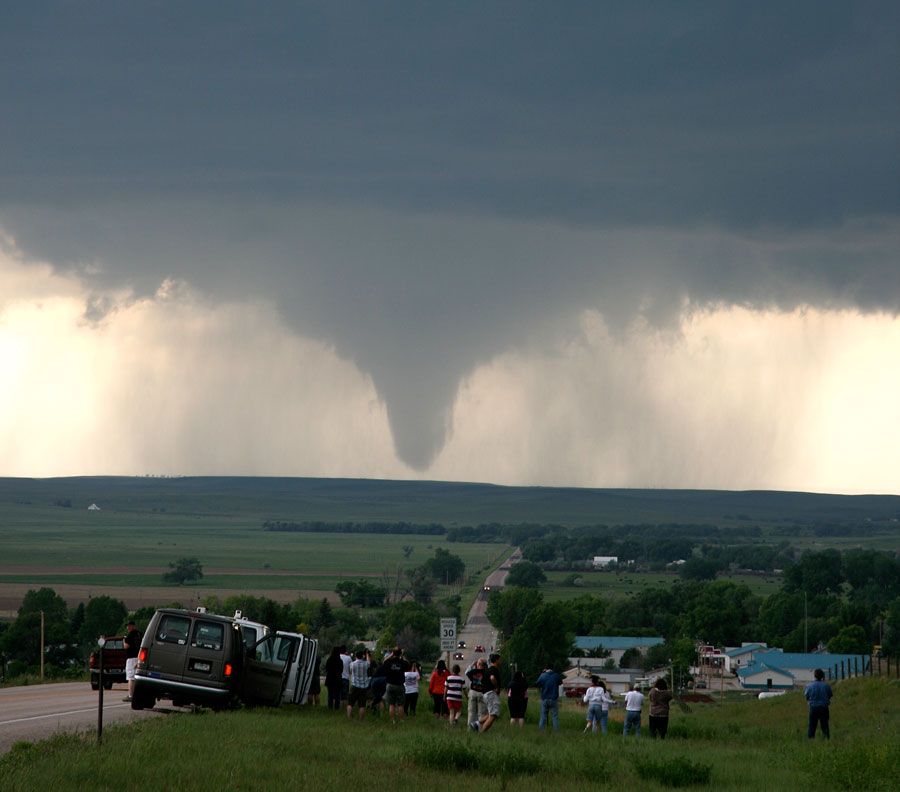 This tornado formed on June 5, 2009, during a large thunderstorm in Wyoming, US.
UCAR

Storms, such as thunderstorms and hurricanes, become even more dangerous when they spawn tornadoes. A dark funnel of cloud extends down below the clouds of the storm. If it does not reach the ground, then it is called a funnel cloud. If it does reach the ground, it’s called a tornado. Debris and dust are kicked up where the narrow end of the funnel touches the ground.

Tornadoes, also called twisters, are columns of air rotating dangerously fast. The air is in motion because of the difference in pressure between the center of the tornado (very low pressure) and the outer edge of the tornado (high pressure). Some tornadoes are quite narrow — only 75 meters (250 feet) across where they touch the ground. Other, much more massive tornadoes can be up to two miles across. Often a tornado will touch the ground for only a few minutes and travel less than a mile. But some tornadoes touchdown for much longer, plowing through towns, neighborhoods, or farms.

In general, tornadoes fall into three types: weak tornadoes, strong tornadoes, and violent tornadoes. A tornado's type is based on its size, how long it lasts and how much damage it causes.

Tornadoes can occur anywhere in the world. About 75% of the world’s tornadoes occur in the United States; most in an area of the central US called Tornado Alley.