Students identify sunspots on images of the Sun, discovering that the number, location, and size of spots are not always the same. During the first part of the activity, students make a graph that shows how the number of sunspots has changed over the past 30 years, discovering that there is a regular pattern to the number of sunspots (the 11-year sunspot cycle). During the second part of the activity, students interpret a graph of sunspot data from the coldest part of the Little Ice Age (Maunder Minimum) to discover that the regular pattern of sunspots was disrupted in the past and this had an effect on the climate of our planet.

Students will learn that when the temporal pattern of sunspots has been disrupted in the past, there has been climate change on Earth. 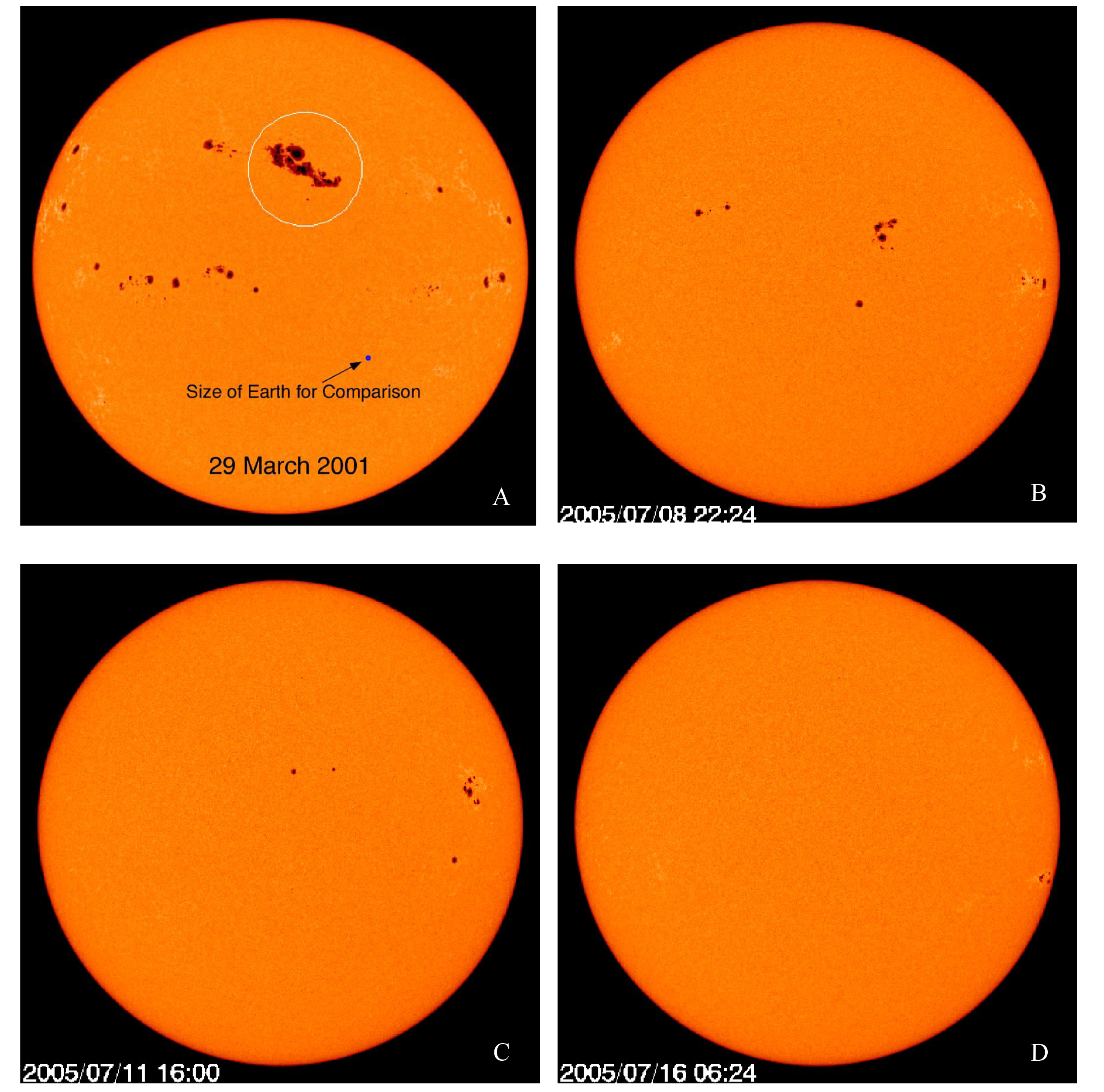 When viewed through a telescope, sunspots have a dark central region surrounded by a somewhat lighter region. The dark area is slightly cooler than the surrounding area. This cool area is likely related to a strong magnetic field around the sunspot. Sunspots typically last anywhere from a few days to a few months.

People have been observing and keeping records of sunspots for hundreds of years. In 1612, Galileo proved there were spots on the Sun. He used a telescope to look at the Sun (not directly!). At the time, telescopes (and other optics) were very recent innovations and were allowing scientists such as Galileo to discover new aspects of our planet and space. Galileo's discovery was highly controversial at the time because the spots he found were viewed as imperfections. Many of his 17th century colleagues did not believe the Sun could be imperfect! 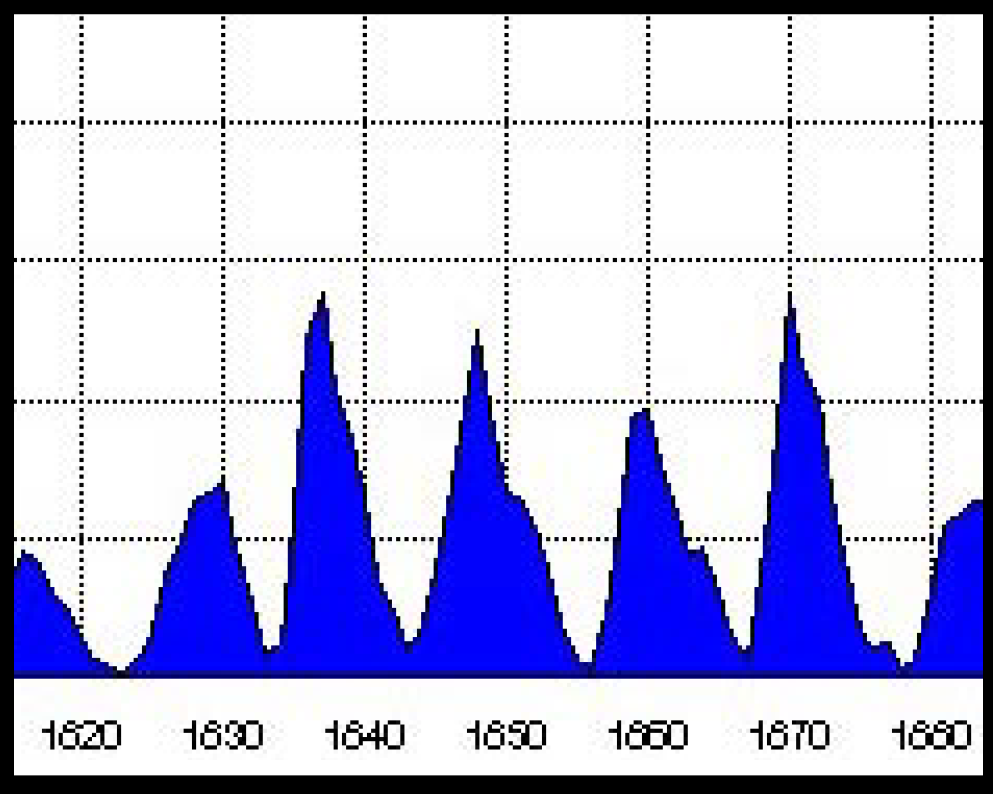 Over time, scientists have noticed a pattern in the number of sunspots. About every 11 years, the number of sunspots reaches a high and then decreases again. This is known as the Solar Cycle. Other sorts of solar activity are related to this cycle as well, such as solar flares, which tend to occur on areas of the Sun near sunspots. The year 2011 will be a solar maximum, making 2006 and 2015 close to solar minimums.

When the Sun has fewer sunspots, it gives off less energy. This results in less energy making its way to Earth, and our planet cools. More than 300 years ago, when the climate was cooler for a time called the "Little Ice Age," people noticed there were no sunspots for several decades. This possible correlation between the number of sunspots and temperature is what students should find on the graph on Student Page 2.

This activity, from Climate Discovery Teacher's Guide, was updated in 2021 by Melissa Rummel of the UCAR Center for Science Education.