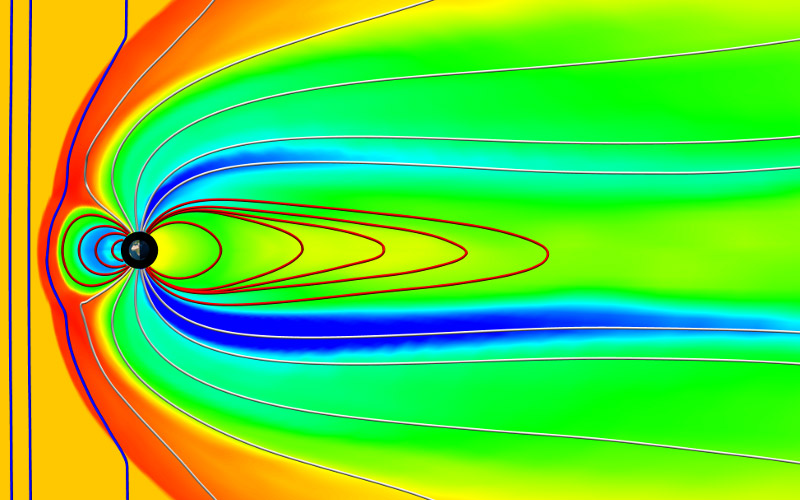 This view of the magnetosphere was created by a computer model. The Sun would be off the screen, far to the left. The curving red region along the left side shows the bow shock where the solar wind flowing from the Sun collides with the magnetic "bubble" of Earth's magnetosphere.