What is an ice core?

An ice core is a long cylinder of ice that is removed from a glacier or ice sheet using specialized equipment. Ice cores have been collected from every continent, but most of them come from Greenland and Antarctica. Many of these ice cores are stored in the National Science Foundation's Ice Core Facility in Colorado. To extract an ice core, researchers set up drilling equipment on the surface of a glacier or ice sheet, and drill down hundreds and even thousands of meters with a special drill that leaves a cylinder of ice undisturbed as it goes through. The longest ice cores collected were over 3 km (2 miles) long! Drilling into the ice allows scientists a glimpse into the climate of the past. The longest ice core record from Greenland extends back 130,000 years ago, and in 2017 an ice core dating back to 2.7 million years ago was recovered in Antarctica.

Even though glaciers and ice sheets only form in cold regions, their ice cores contain information about the climate of the entire Earth. Preserved within the ice are bubbles of atmospheric gases, layers of fine particles that settled out of the atmosphere onto the ice, and other dissolved chemicals that provide proxy evidence of how Earth's climate has changed over time.

What is studied in the ice? 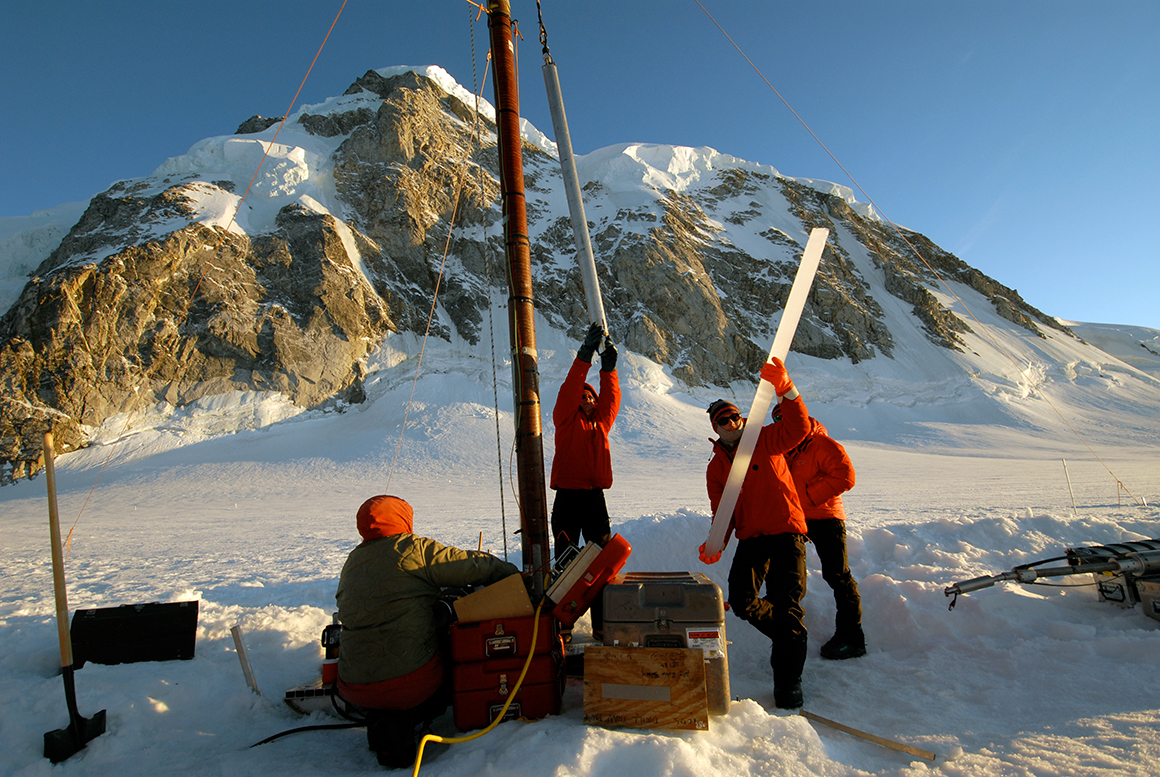