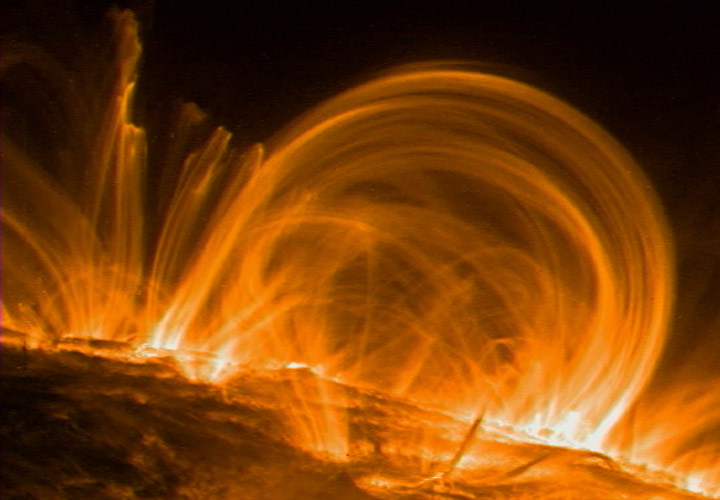 A close-up view of coronal loops in the Sun's atmosphere. Glowing plasma in the Sun's atmosphere flows along curving magnetic field lines, revealing regions of powerful magnetic disturbances. These loops span a distance roughly equal to 30 times the diameter of Earth. The Transition Region and Coronal Explorer (TRACE) satellite captured this shot on November 6, 1999. The image is not of visible light; instead it is from the Extreme Ultraviolet (EUV) portion of the electromagnetic spectrum at a wavelength of 17.1 nanometers (171 Ångstroms). This part of the UV spectrum lets us see features in the Sun's atmosphere that have temperatures around 1 million degrees Celsius (about 1,800,000° F).