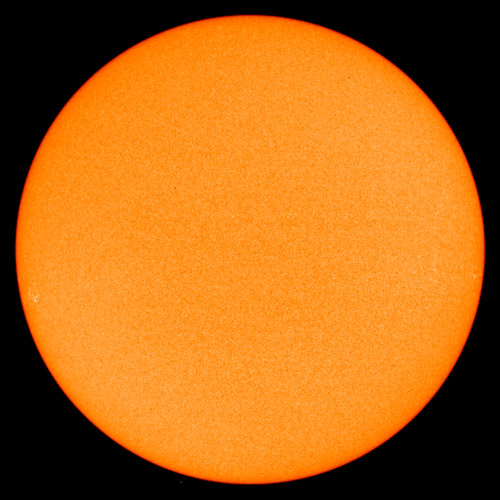 This image of the Sun was taken on May 18, 2006 by the Solar and Heliophysics Observatory (SOHO) spacecraft. The image was taken in the red part of the visible light spectrum at a wavelength of 676.8 nanometers (6,768 Ångstroms), then colored yellow-orange. The Sun is almost entirely featureless in this view from a time near the minimum of the sunspot cycle (Solar Min). SOHO is an Earth-orbiting solar observatory spacecraft operated jointly by the European Space Agency (ESA) and NASA.