The Biosphere: An Integral Part of the Planet and its Climate

The biosphere is all life on our planet. This includes all the things that are living as well as the remains of those that have died but have not yet decomposed. Even though the term “biosphere” was first coined in the 1920s by Russian scientist Vladimir I. Vernadsky, the thorough study of the biosphere’s interactions with the rest of the planet happened decades later, as the awareness of Earth as a system grew in the scientific community. For hundreds of years, people have recognized some of the connections between living things and the climate (for example, cutting down the trees of a forest can change the temperature of the immediate area). However, the complex interrelationships between the biological and physical parts of the Earth system were not well understood until Charles Keeling began making detailed measurements of the amounts of carbon dioxide in the atmosphere over time.
In the 1960s, the connection between rising atmospheric carbon dioxide and global warming was becoming clear, and scientists began actively exploring the details of how carbon got into and out of the atmosphere via, largely, biological processes. Dr. Charles Keeling began making his now-famous measurements of carbon dioxide in the atmosphere in 1958 from the top of Mauna Loa in Hawaii. Before Keeling began taking measurements, we didn’t know how the collective photosynthesis of all the land plants in the Northern Hemisphere during the spring affects the atmosphere worldwide. In just a short amount of time, a fraction of a year, plants change the world. When it is spring and summer in the Northern Hemisphere, more plants are around to photosynthesize and extract carbon from the atmosphere, decreasing the amount of carbon dioxide by about three percent. When many of the Northern Hemisphere plants drop leaves and become dormant in the autumn and winter, there is less photosynthesis occurring, leading to more carbon dioxide in the atmosphere. This is a natural fluctuation. 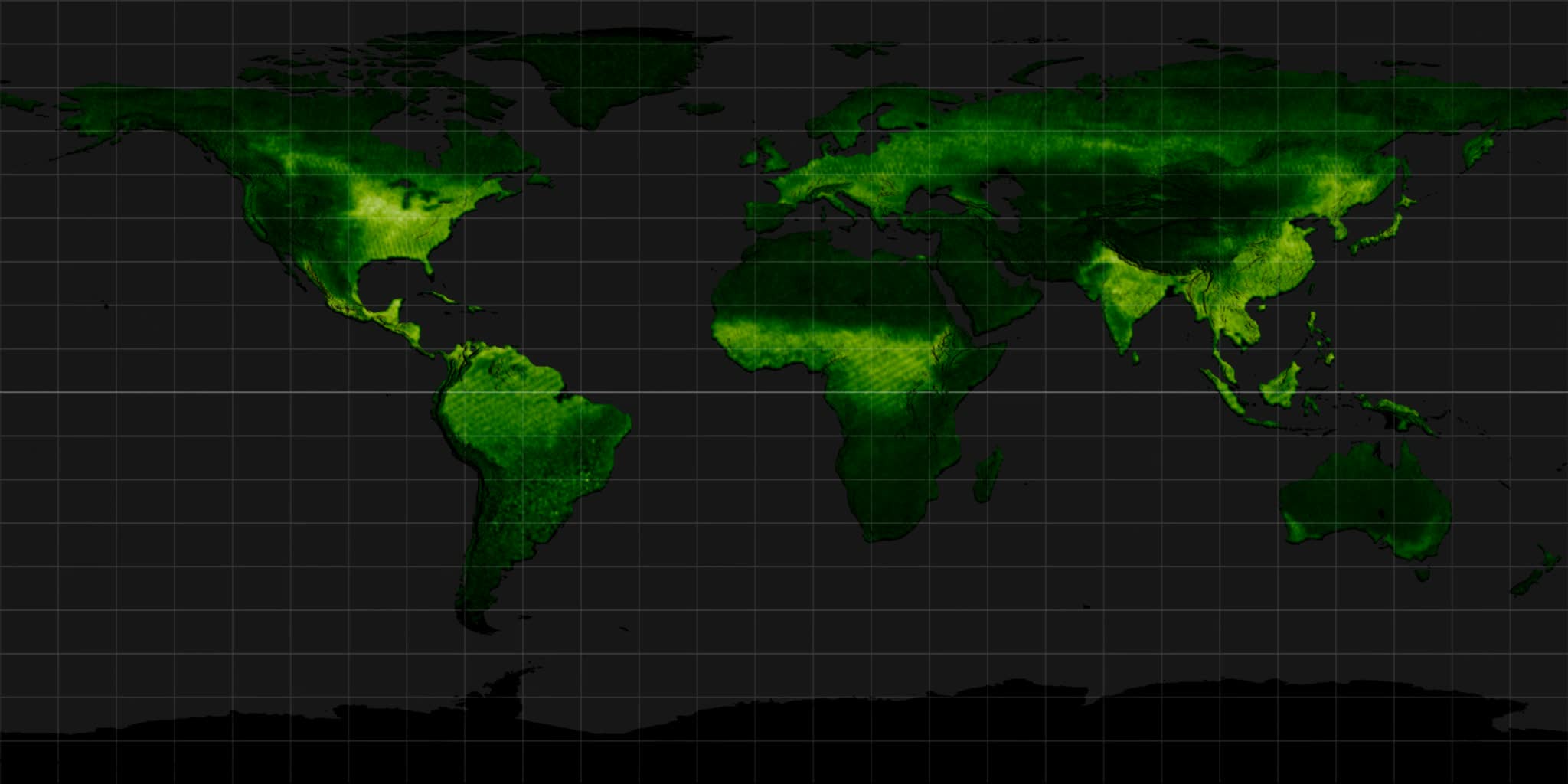 Keeling's data tell another story too. At the close of each year, the carbon dioxide levels are a bit higher than they were the year before. The yearly wobbles caused by plant photosynthesis look like they are heading uphill on the graph because of an increase in carbon dioxide over several decades. These data were the first concrete evidence that the amount of carbon dioxide has been increasing. This overall rise in the amount of carbon dioxide in the atmosphere is due to human impacts on the planet - mainly burning fossil fuels. The graph of Keeling's carbon dioxide data became known as the "Keeling Curve" and continues to serve as an illustration of the impact of the biosphere on the atmosphere, and the consequences in terms of global warming.

The Gaia Hypothesis, developed by James Lovelock in the 1970s, emphasized the importance of the biosphere on the regulation of Earth’s climate. Lovelock’s scientific research focused on how the Earth’s atmosphere was affected by the biosphere. The main tenet of the Gaia Hypothesis is that our planet is analogous to a single cell – everything it has or could need is contained within the cell aside from energy that comes in from the Sun. Taken too literally, this may sound completely absurd. However, the general idea of Earth as a contained system is now widely accepted. This idea of Lovelock’s dovetails well with the idea, formulated about a decade later in the 1980s, of Earth system science, that the parts of our planet are interconnected in a multitude of ways.

Today, interdisciplinary research combining biochemistry, geochemistry, biology, hydrology, and atmospheric science helps us to better understand the biosphere’s role in the Earth system and, in particular, how biogeochemical cycles affect the Earth system. This understanding of the biosphere forms part of the framework utilized by supercomputer models, which describe and predict the Earth’s climate.