Weather can be highly variable on a daily, weekly, or even yearly basis – one day it might be sunny and the next it’s snowing. Climate, on the other hand, doesn’t change day-to-day because it is based on longer time scales and averages. However, climate is variable as well.

Climate variability is the way aspects of climate (such as temperature and precipitation) differ from an average. Climate variability occurs due to natural and sometimes periodic changes in the circulation of the air and ocean, volcanic eruptions, and other factors.

Worldwide, the average global temperature is rarely exactly the same from year to year. One year might be cooler than the year before, even though the long-term trend shows increasing temperature over time due to climate change. There are many reasons for climate variability, including natural fluctuations like the ENSO (El Nino Southern Oscillation). Scientists are currently researching the impact that climate change has on variability. 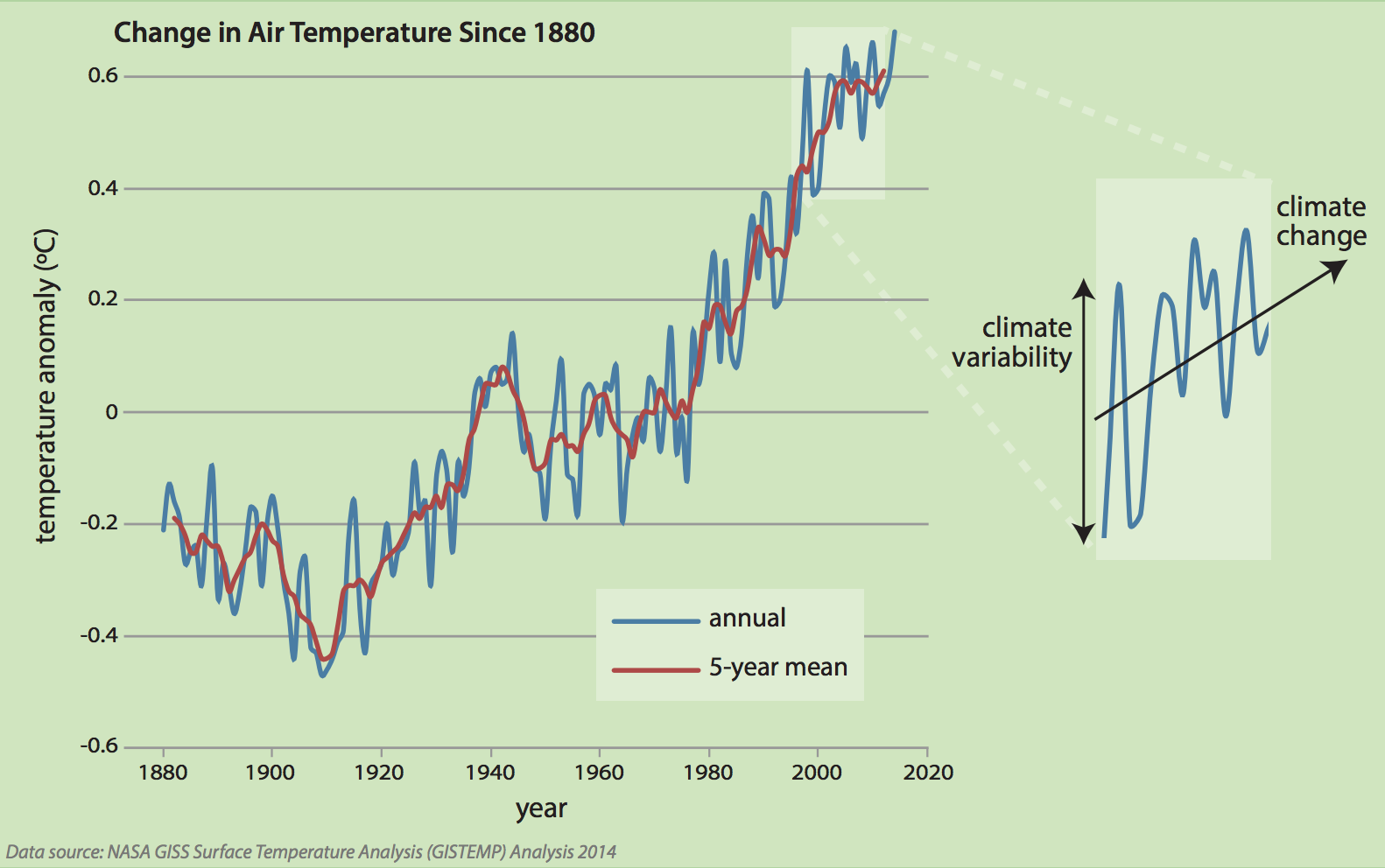 Extreme events are specific weather events that depart from the average in some significant. For example, days that exceed 100° F (37.8° C) are called extreme heat events in many locations. While it's possible that any given summer day might be over 100° F, climate warming is causing the frequency of extreme heat days to increase. In other words, the probability of a summer day with extreme hear is becoming higher as climate warms. 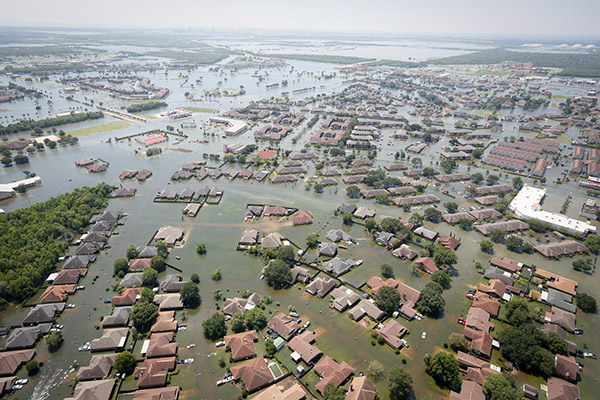 Hurricane Harvey contributed to climate variability in 2017. The average August precipitation pattern for the thirty-year period from 1981 to 2010 for the United States was very different from the August precipitation recorded in 2017, as shown on the maps below. Note that although the color-coding of the maps shows a maximum value of 8 inches of precipitation, many areas around Houston received more than 30 inches (76 cm) of rainfall as a result of Hurricane Harvey... and one weather station recorded more than 60 inches (1.5 meters) of rain. Hurricane Harvey was definitely an extreme event! 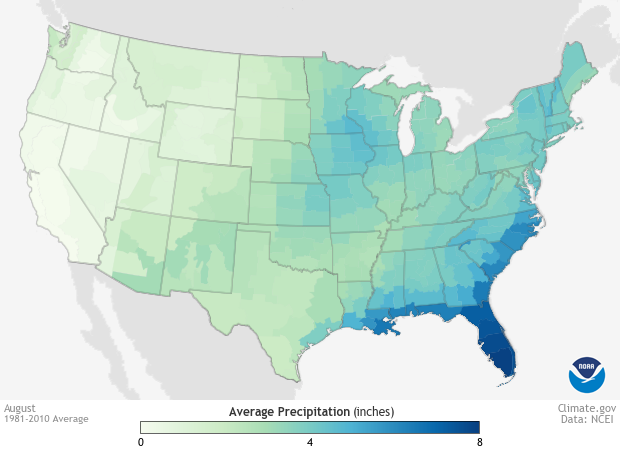 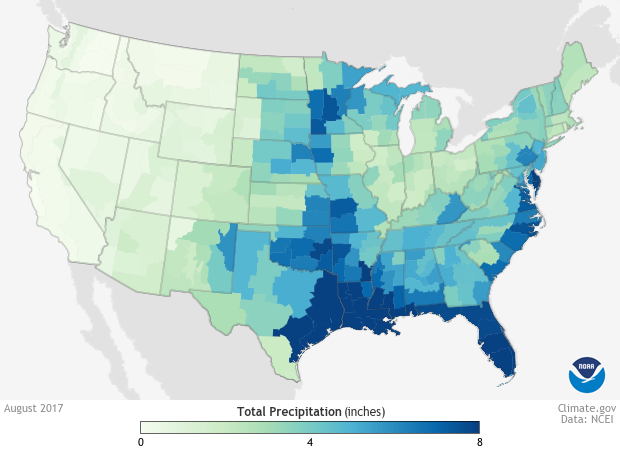