The Same Rainfall Ends Drought in Some Places but Not Others

California is prone to drought, but it's also prone to heavy rainfall events. After five years of parched conditions, California got lots of rain and snow in January 2017. There was so much precipitation that, by the end of January, about half the state was free from drought. How much precipitation was needed to stop the drought? The amount was different from place to place.

The interesting thing about California is that the state is so large that it has several different regional climates. In general, Northern California is more moist with a Mediterranean climate according to the Koppen Climate Classification system. Southern California is drier with areas of semi-arid or desert climate. There’s also a small area of subarctic conditions in the Sierra Nevada mountain range. 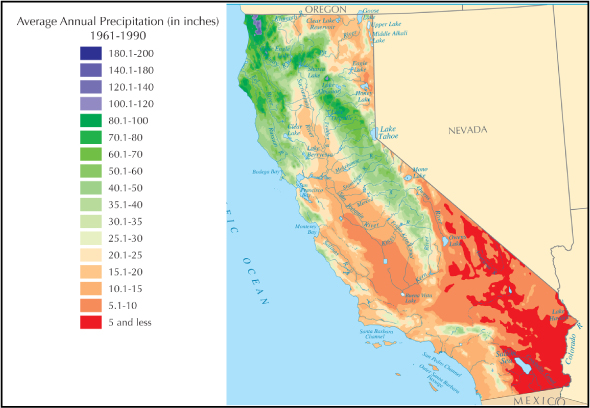 In 2017 there were different amounts of drought in California. Some areas had mild drought conditions, somewhat drier than normal. Other areas were experiencing moderate, severe, or extreme drought. Below, the map of January 2017 drought conditions from the Drought.gov website indicates the areas of California and Nevada that are in a drought. Notice that areas that are usually dry in Southern California were even drier. 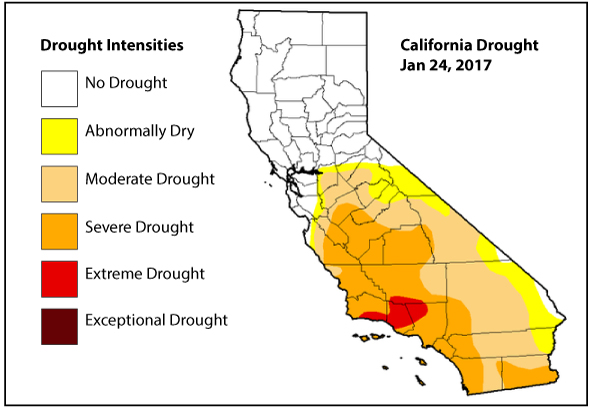 Drought can be natural, but climate change is changing precipitation, increasing the chance of drought in many areas. You can keep track of drought at the Drought.gov website provided by the National Oceanic and Atmospheric Administration (NOAA) and find out if there’s a drought where you live.

Classroom Activities from the UCAR Center for Science Education: