Humans have warmed the planet by approximately 1.0°C (1.8°F) in the past 150 years, which has increased the risk of wildfires, hurricanes, heat waves, droughts, and floods. Sea level is rising, and ice is melting. All of this is making life on Earth much more difficult.

We caused the problem by increasing the amount of greenhouse gases in the atmosphere, but we have the ability to keep the amount of warming low enough to be survivable. Communities and nations around the world are taking action to solve climate change. There’s much more that needs to be accomplished, so keep reading to learn what can be done to keep our planet as cool as possible.

If we keep the amount of climate warming low enough, we can adapt, finding ways to live and even thrive. But what is low enough? The planet has already warmed 1°C. How much more can we handle?

Since the 1990s, scientists and policymakers around the world had considered the goal to be a limit of 2°C (3.6°F) above pre-industrial levels (which was before we started burning fossil fuels). But in 2018, the Intergovernmental Panel on Climate Change (IPCC) reported on what we know about the impacts of global warming of 1.5°C (2.7°F) compared to 2°C.

They found that with a warming of 2°C, the impacts are more severe than 1.5°C. For example, heat waves would be hotter, rains would be heavier, and sea level would rise more. There are higher risks to health, the food supply, water, ecosystems, and economic growth with 2°C warming compared with 1.5°C. Overall, 1.5°C warming gives us a better chance of adapting to climate change, although there are impacts, like the loss of some ecosystems, which may be long-lasting or irreversible. 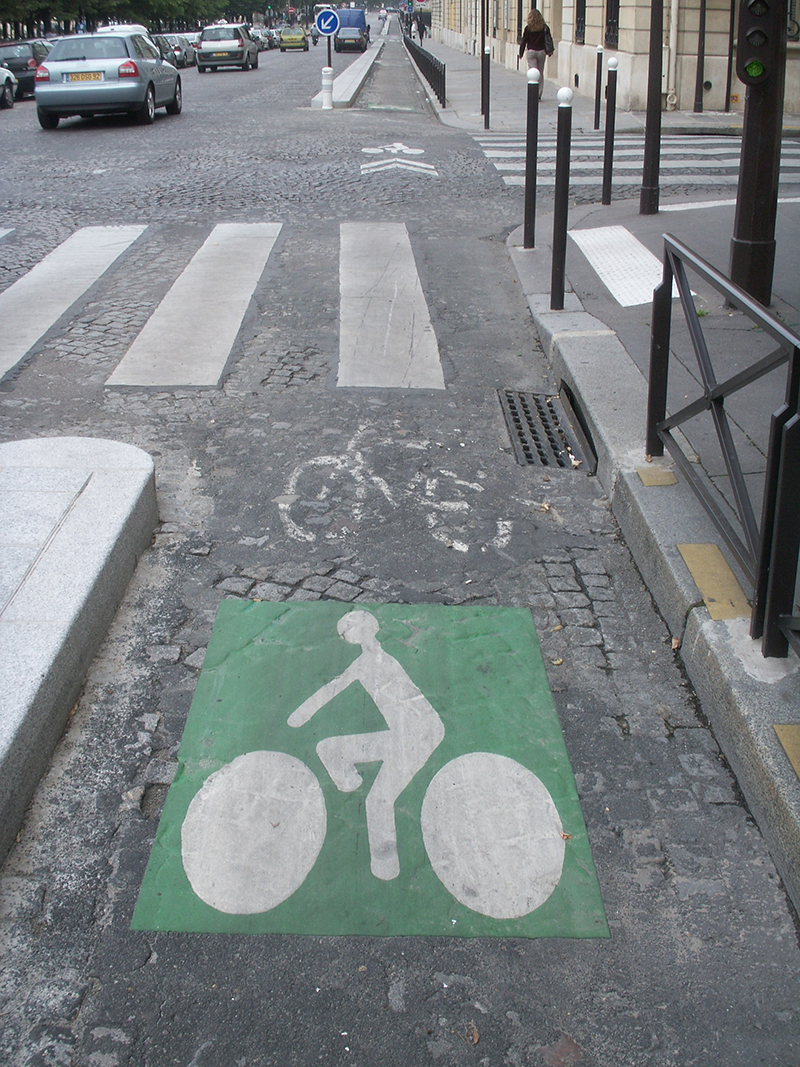 Many communities are adding bike lanes and sidewalks to encourage residents to make transportation choices that help decrease emissions of greenhouse gases and other air pollutants.
Credit: Daniel Lobo

How Can We Tackle Climate Change?

There are several different strategies when it comes to dealing with climate change. Reducing greenhouse gases is a direct way to help slow or stop climate change since excess greenhouse gases are what are causing the climate to warm. This can mean switching to power sources that don’t emit greenhouse gases and taking carbon dioxide out of the air by planting forests and conserving ecosystems. New research on ways to pull carbon dioxide out of the atmosphere could potentially provide other solutions in the future. Researchers are also studying whether we could safely limit the amount of sunlight that gets to Earth in the future while we are reducing emissions.

Unfortunately, the planet is already warming and we are seeing the impacts of climate change. Even if we stop emitting greenhouse gases in the next decade or two, we will be facing more climate change this century, which is why finding ways to adapt to climate change is also important to keep our planet as livable as possible.

To keep the total warming limited to 1.5°C, we need to act quickly to change energy sources, how land is used, how industry operates, and our urban environments, including buildings and transportation. For example, industries can reduce emissions with new and existing technologies and practices, such as switching power sources, using sustainable materials like bioplastic, and capturing carbon emissions at factories so they don’t make it into the atmosphere. 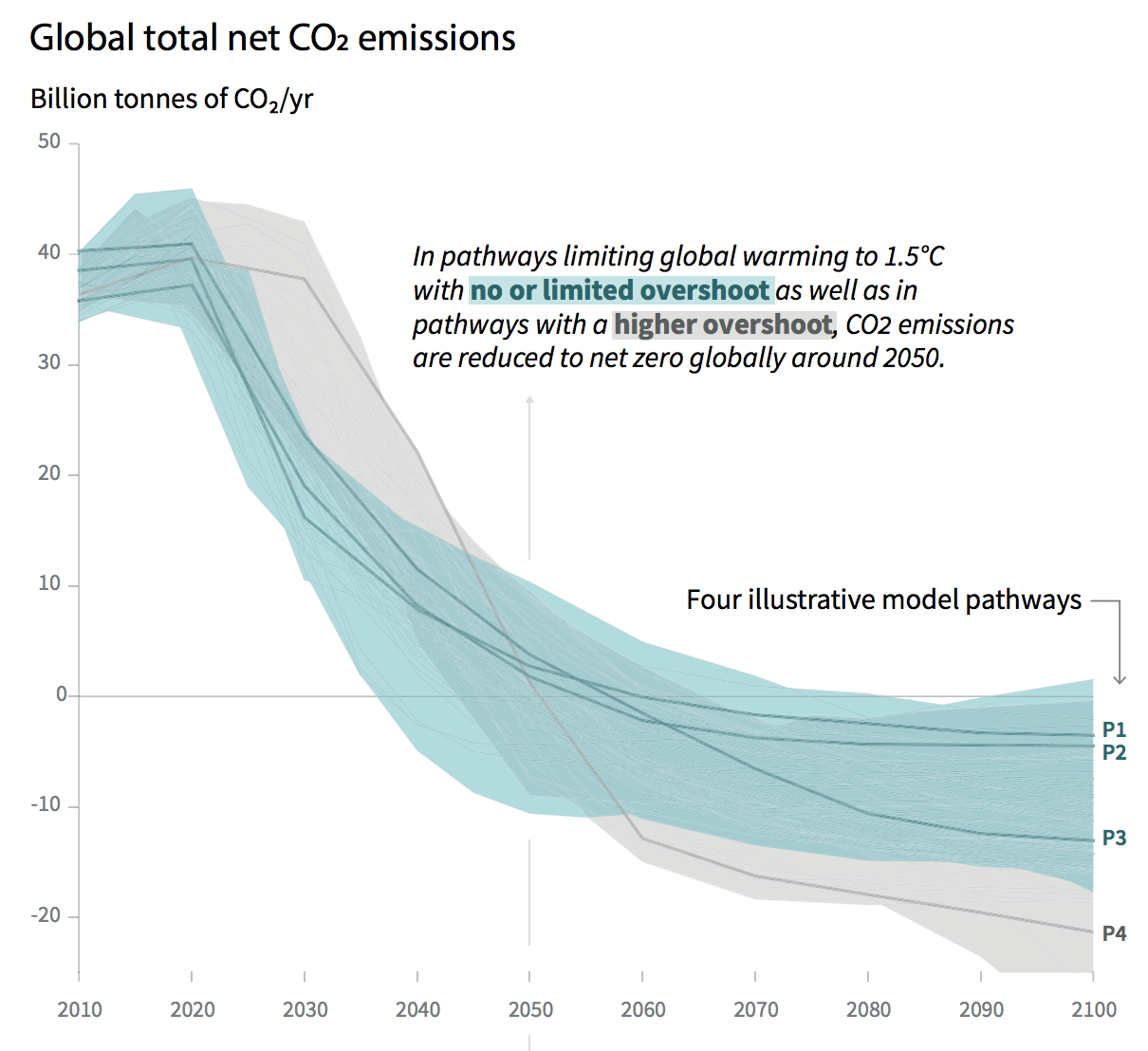 The graph above shows the amount of carbon dioxide emissions per year through the 21st century for each scenario that limits global warming to 1.5°C (described above: P1 to P4). The shaded area shows the full range of options studied in the IPCC 2018 report.
Credit: IPCC