Adapting to climate change and its impacts is a big challenge. But as increased risks to people and communities become apparent, it is essential. The ability to adapt can help keep us safe.

What is climate adaptation?

Climate adaptation protects people and places by making them less vulnerable to the impacts of climate change. For example, to protect against sea level rise and increased flooding, communities might build seawalls or relocate buildings to higher ground. Taking steps to adapt to climate change can make us more resilient, which means we’re more able to cope with the changes.

Climate adaptation strategies range from individual to local, national, and global efforts. Some adaptations are fueled by changes in government policies. Other adaptations occur because of technological advances. Engineering and planning can provide ways for regions to adapt as the environment changes. Globally coordinated efforts to adapt, which ensure that as many places as possible are livable, can help as climate change causes people to migrate to new places.

As climate change causes the sea level to rise, seawalls and levees can help limit flooding of coastal communities. Wetlands can be built to buffer a coast. Both near coasts and inland, improving stormwater drainage can help keep communities from flooding as climate change increases the amount of precipitation during storms. Also, homes can be built in ways that reduce the chance of flooding. For example, homes raised up on stilts and floating houses help prevent the threat of floodwater.

A massive barrier is moved across the Thames River to prevent flooding during extremely high tides in London and the surrounding area.
Credit: Wikimedia Commons

Due to climate change, some places are receiving more precipitation, while others are receiving less. There are also places where the amount of water is inconsistent throughout the year. This can mean too little or too much water, making it difficult to ensure consistent access to safe drinking water. Communities can adapt by building water storage systems, creating regulations to keep water safe, and using desalination technology to create freshwater in coastal areas prone to drought.

In a warmer climate, dangerous heat waves are becoming longer and more frequent. To adapt, people can outfit buildings with more insulation and efficient cooling technologies. Shade trees can help keep things cool, and so can roofs with plants installed, which are called green roofs. 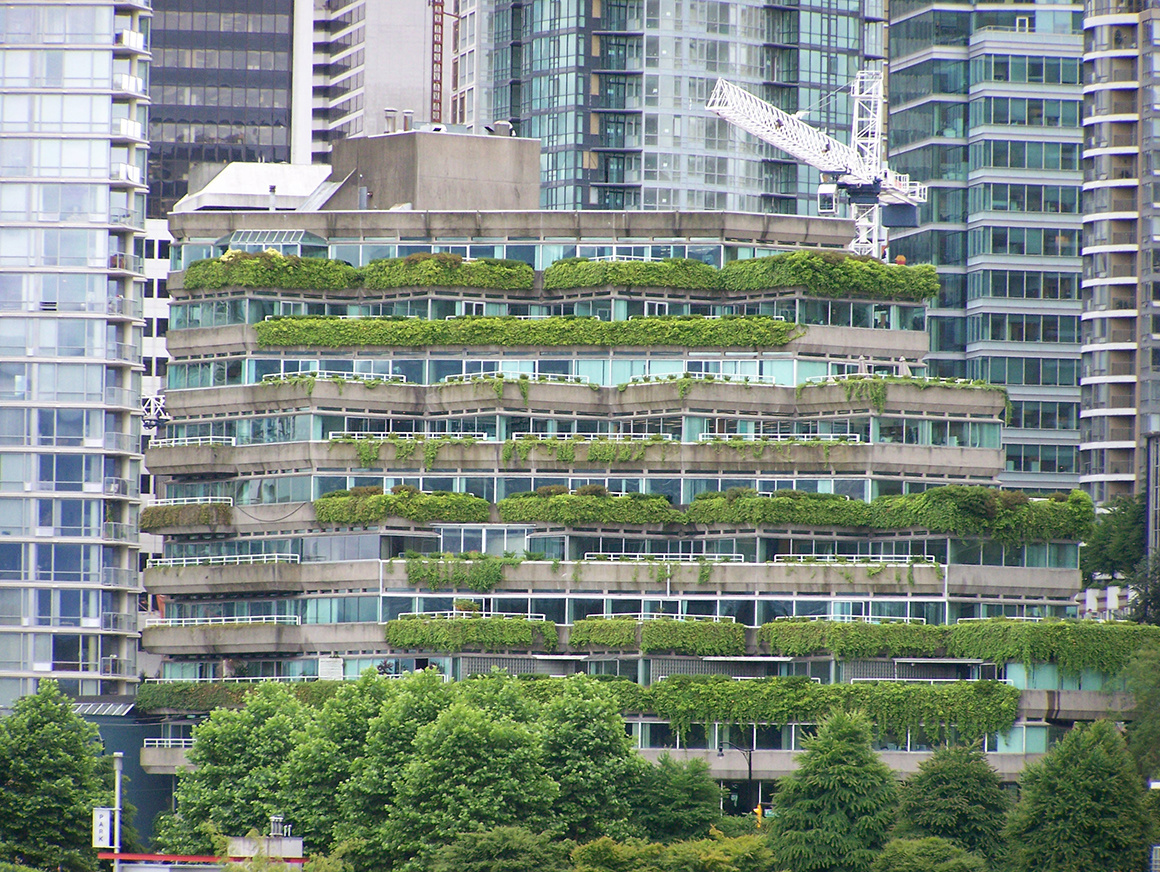 Changes in the amount of precipitation are making farming a challenge. Farmers are adapting their techniques, planting drought-resistant crops, and making irrigation more efficient. Managing fisheries and setting fishing quotas helps ensure that fish are not overharvested. Communities are also making changes to improve food storage and preservation and running food banks to help distribute food to people in need.

Restoring and protecting ecosystems helps wildlife deal with the changing climate. Using indigenous, traditional, and local methods can help ensure that natural resources are managed sustainably. Managing natural resources and ensuring that environments are healthy benefits all of us. For example, healthy wetlands filter water, are home to juvenile fish and crustaceans, and buffer the coast during storms.

This monitoring station in Alexandria, Virginia, US, allows scientists to ensure that restored wetlands remain healthy. Wetlands filter toxins out of the water and are home to juveniles of many species. The plants also pull heat-trapping carbon dioxide out of the atmosphere through photosynthesis.
Credit: Wikimedia Commons

Climate change is increasing the risk of disasters. For example, hurricanes are becoming stronger, storms are becoming rainier, heat waves are becoming hotter and longer, and the risk of wildfire is increasing. To reduce the risk, communities can map the hazards, put warning systems in place, and create evacuation routes and storm shelters. To help people bounce back after hazards, communities can build disaster funds, and individuals can make sure they have enough insurance. Public health and emergency medical services also help keep people safe.

There are limits to how much we adapt.

There are often technological and financial factors that limit how much we can adapt. The ability to adapt is not equal between all people because adaptation requires money. Developing nations with limited financial resources are less able to adapt to climate change. This is especially difficult in places that are also facing extreme climate impacts. The more we can mitigate climate change to reduce the amount of warming, the less we will need to adapt. However, both mitigation and adaptation are necessary as we respond to climate change.