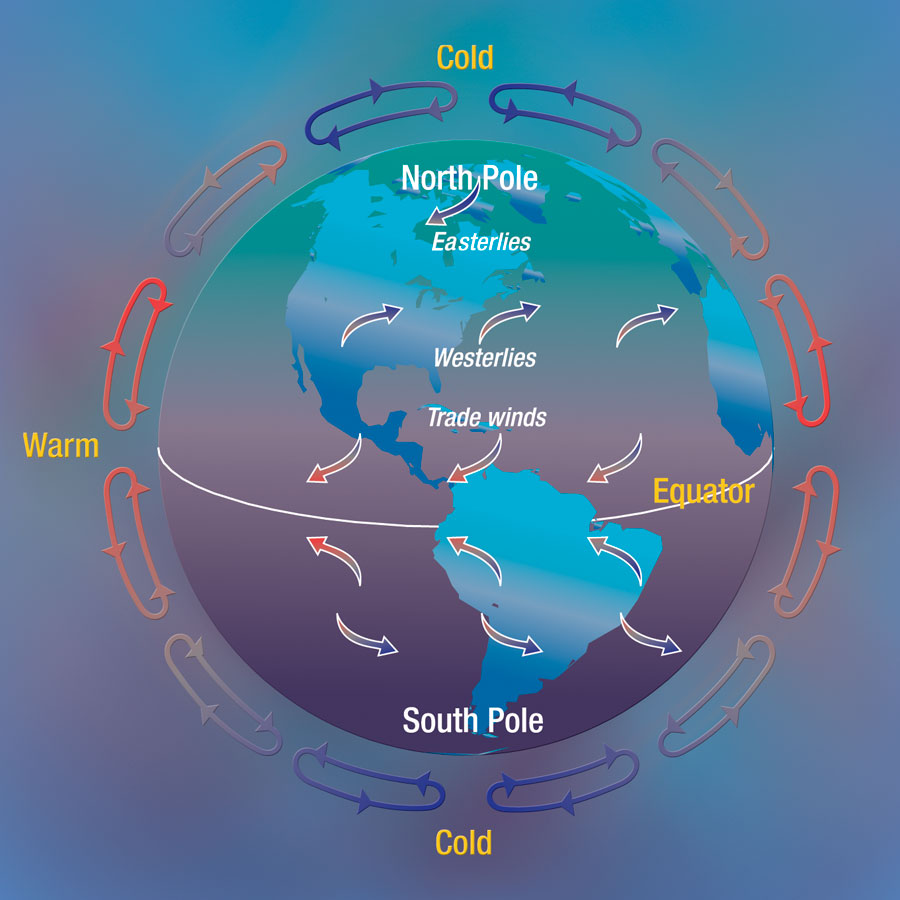 Air in the atmosphere moves around the world in a pattern called global atmospheric circulation.
Credit: UCAR

Even with disruptions like weather fronts and storms, there is a consistent pattern to how air moves around our planet’s atmosphere. This pattern, called atmospheric circulation, is caused because the Sun heats the Earth more at the equator than at the poles. It's also affected by the spin of the Earth.

In the tropics, near the equator, warm air rises. When it gets about 10-15 km (6-9 miles) above the Earth surface it starts to flow away from the equator and towards the poles. Air that rose just north of the equator flows north. Air that rose just south of the equator flows south. When the air cools, it drops back to the ground, flows back towards the Equator, and warm again. The, now, warmed air rises again, and the pattern repeats. This pattern, known as convection, happens on a global scale. It also happens on a small scale within individual storms.