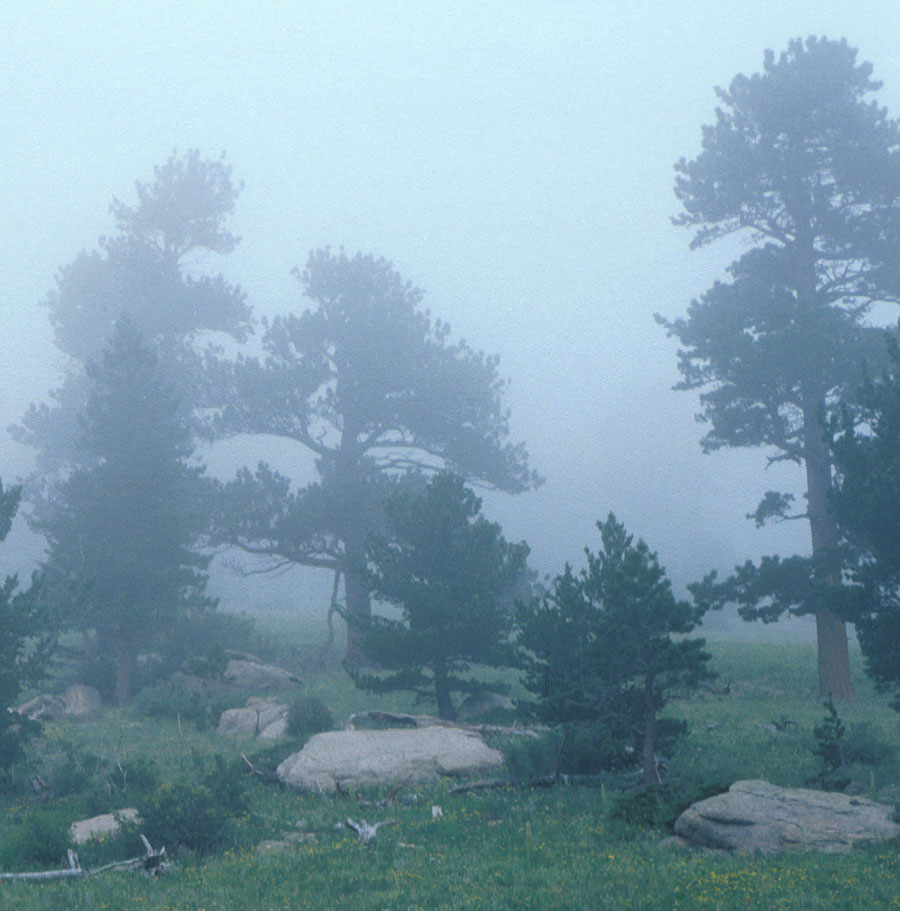 Fog often forms when relatively humidity is at 100%.
Credit: UCAR

Some people describe humid weather as muggy. When the air is humid, it has a lot of water vapor in it. Water as a gas in the atmosphere is called water vapor.

How Much Water Vapor Can Air Hold?

The maximum amount of water vapor that can be in the air depends on the air temperature. Warmer air can hold more water vapor within it. That’s why the muggiest days usually happen at the height of summer heat. But as the temperature goes down, the air can hold less vapor and some of it turns into liquid water.

Why are there water droplets on the grass on a cool summer morning, even though it did not rain the night before? The water most likely came from water vapor which formed liquid water droplets when it cooled to the dew point. The dew point is the temperature when water will start to condense out of the air. When air is saturated as much as possible with water vapor it is at the dew point.

Divide the amount of vapor in the air (0.5 grams) by the total amount the air can hold (1 gram) and multiply by 100 to figure out relative humidity as a percentage.