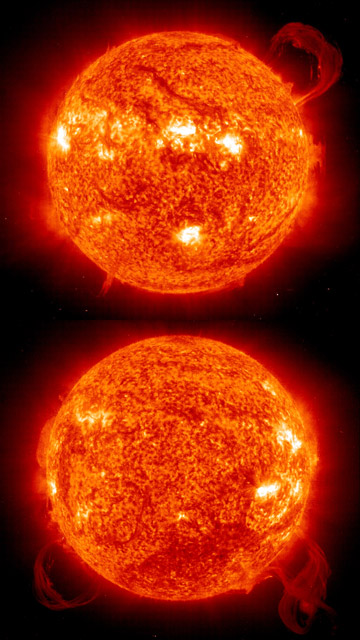 Large loop-like structures on the edge of the solar disk sometimes stand out brightly against the dark background of space. These enormous structures are called solar prominences.

Prominences can last for several days - or up to several months! Some prominences erupt and break apart, giving rise to coronal mass ejections (CME).