Active Regions on the Sun 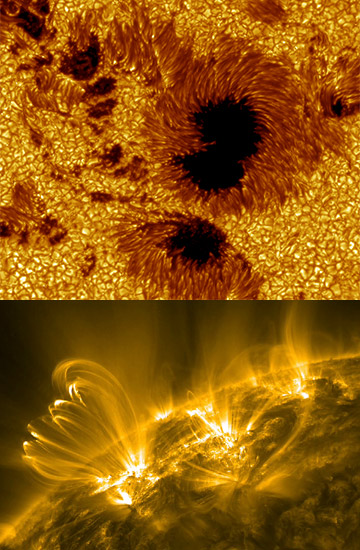 Two views of active regions: a closeup of sunspots (top) and coronal loops in an ultraviolet image of the Sun's atmosphere (bottom).

An active region on the Sun is an area with an especially strong magnetic field. Most solar storms - solar flares and coronal mass ejections (CME) - blast forth from active regions.