Air pollution affects all things. It is harmful to our health, and it impacts the environment by reducing visibility and blocking sunlight, causing acid rain, and harming forests, wildlife, and agriculture. Greenhouse gas pollution, the cause of climate change, affects the entire planet.

According to the World Health Organization, an estimated seven million people die each year from air pollution. More than 4,000 people died in just a few months due to a severe smog event that occurred in London in 1952. Ground-level ozone causes muscles in the lungs to contract, making it difficult to breathe. Exposure to high ozone levels can cause sore throat, coughing, lung inflammation, and permanent lung damage.

Symptoms from short-term exposure typically resolve quickly, but long term exposure is linked to serious illness and disease in multiple body systems. Children, the elderly, and people with ongoing illnesses are more vulnerable to air pollution than other groups. Urban populations are also at greater risk due to high concentrations of pollution within cities. Check the current air quality in your area to determine if you should take precautions such as reducing or avoiding outdoor activity.

Wildlife can experience many of the same negative health effects of air pollution that humans do. Damage to respiratory systems is the most common effect on animals, but neurological problems and skin irritations are also common.

Plants and crops grow less when exposed to long-term air pollution. Ozone pollution harms plants by damaging structures called stomata, which are tiny pores on the underside of leaves that allow the plant to "breathe." Some types of plants can protect themselves by temporarily closing their stomata or producing antioxidants, but others are particularly sensitive to damage. Between 1980 and 2011, nine billion dollars-worth of soybeans and corn were lost in the US as a result of ozone pollution. When acid rain, lead toxicity, and exposure to nitrogen oxides change the chemical nature of the soil, plants are robbed of the nutrients that they need to grow and survive. This impacts agriculture, forests, and grasslands.

There are many other ways that air pollution affects living things, such as damaging the habitat, water, and food sources that plants and animals need to survive. 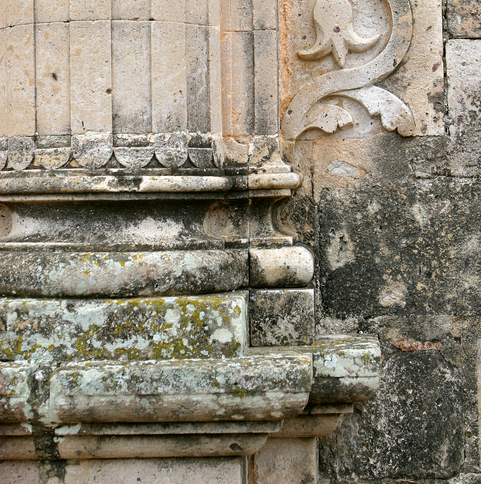 Burning fossil fuels releases sulfur and nitrogen oxides into the atmosphere. Acid rain forms when sulfur dioxide and nitrogen dioxide mix with water droplets in the atmosphere to make sulfuric acid and nitric acid. Winds can carry these pollutants for thousands of miles, until they fall to the Earth's surface as acid rain, which damages the leaves of vegetation, increases the acidity of soils and water, and is linked to over 500 deaths each year. Buildings and other structures are also impacted by acid rain, which causes an estimated five billion dollars of property damage each year. Acid rain dissolves mortar between bricks, causes stone foundations to become unstable, and is destroying ancient buildings and statues carved from marble and limestone.

High levels of particulate pollution from all types of burning reduces the amount of sunlight that reaches the surface and even changes the appearance of the sky. When less sunlight is available for photosynthesis, forests grow at a slower rate and crops are less productive. Hazy skies not only reduce visibility, but also impact the weather and even the climate.

Making a Hole in the Ozone Layer

The hole in the ozone layer is caused by air pollutants. Chemicals used as refrigerants, such as chlorofluorocarbons (CFCs), contain chlorine atoms. Releasing chlorine atoms into the atmosphere destroys ozone. A single chlorine atom can destroy thousands of ozone molecules. The ozone layer blocks harmful ultraviolet-B (UVB) radiation from the Sun — it protects us in a way that is similar to putting sunscreen on your skin to prevent sunburn. The ozone hole puts all living things at risk by increasing the amount of UVB that reaches the surface. Exposure to UVB increases the risk of skin cancer in humans, restricts growth and development in plants, slows the development of fish and amphibians, and reduces the number of phytoplankton in marine ecosystems. UVB also causes natural and synthetic materials to breakdown at an accelerated rate.

Adding Too Much Nitrogen to the Land

Gaseous ammonia (NH3) from agriculture and nitrogen dioxide (NO2) from car, truck, and airplane emissions increase the amount of nitrogen in soils. Plants need nitrogen to grow, but too much nitrogen can limit the growth of some plants and increase the growth of others, disrupting the balance of species within an ecosystem. This disruption is negatively impacting grasslands and other fragile environments around the world. 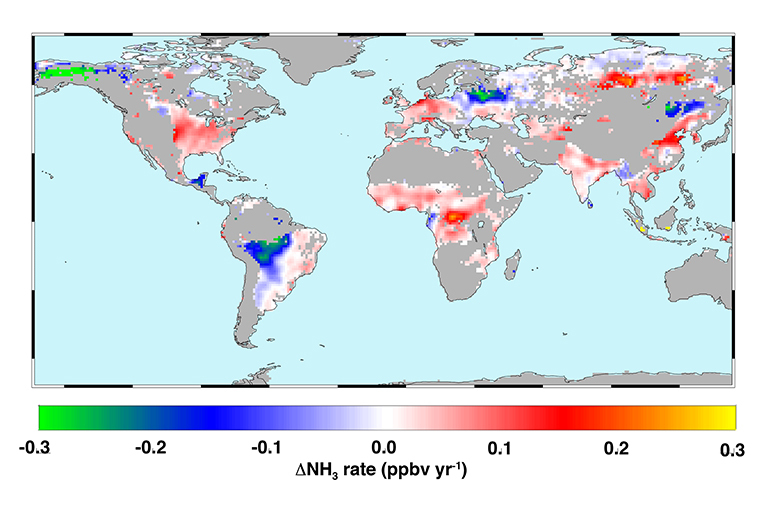 Greenhouse gas pollution is causing climate change. As a result, ecosystems are changing faster than plants and animals can adapt, and many species are going extinct. Marine ecosystems are vulnerable to ocean acidification caused when carbon dioxide emitted into the atmosphere is dissolved in seawater. Ocean acidification makes it difficult for many marine species to grow shells and skeletons.

Melting ice sheets, warming oceans, and extreme weather conditions are examples of how climate changes caused by greenhouse gas pollution threaten ecosystems across the Earth. In many cases, the decline of one or a few species due to air pollution can topple the balance of entire ecosystems.